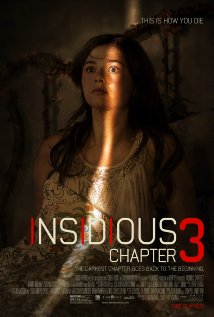 Summary: Insidious 3 is the newest chapter of the terrifying serious, it is a prequel of its two first films Insidious 1 and insidious 2 meaning the film goes back in time to when all the horror began. Insidious 3 was set before the haunting of the Lambart family that unfolds how gifted psychic Elise Rainer (which is played by Lin Shaye) reluctantly agrees to use her ability to contact the dead in order to help a teenage girl who has been targeted by a dangerous supernatural entity. This film has been set to be released on Friday, June 5, 2015.