Marlins starting outfielder Giancarlos Stanton suffered a horrifying face injury Thursday September 12, 2014, in a game against the Milwaukee Brewers. During the top of the fifth inning, Brewers pitcher Mike Fiers stroke Giancarlos with a 88 mph pitch to the face. Upon impact, Stanton laid motionless as coaches, teammates, and a medical crew attended to his wounds. Within minutes, he was transferred onto a gurney and escorted off the field with cheers from fans and fellow teammates. 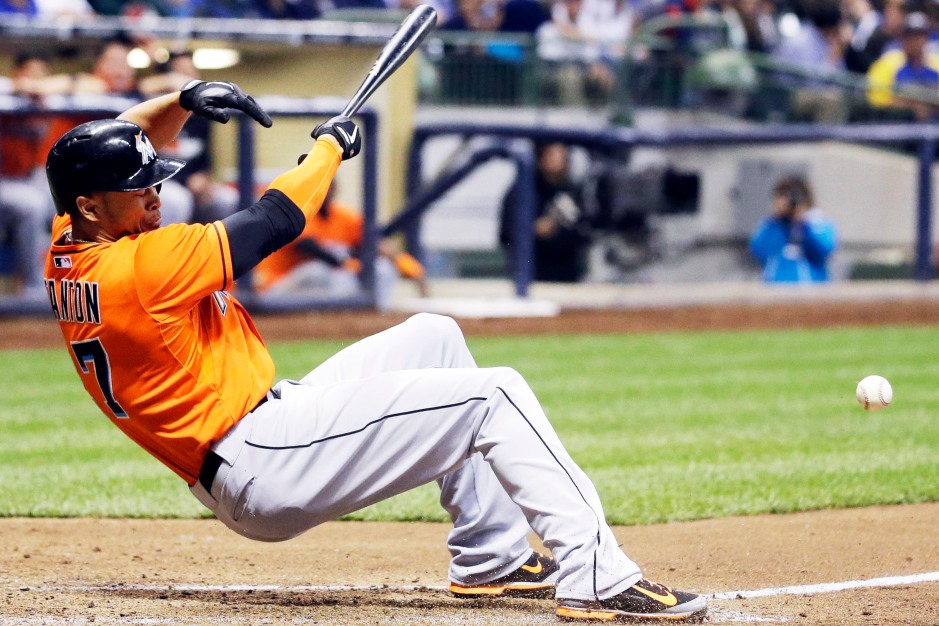 The Marlins announced before their 4-2 loss against the Brewers that Stanton was in a nearby Hospital undergoing X-rays and CT Scans. Before knowing much information about Stanton’s injury, Marlins Manager Redmond commented that, “He didn’t lose consciousness, but he was bleeding heavily out of the mouth.”  When later asked if this would mark the end of Stanton’s season, Redmond stated he hoped it wouldn’t.  However, this injury did turn out to be one that brought the Marlins MVP to the end of his 2014 season with multiple facial fractures, dental damage, and facial laceration requiring stitches.

Fiers reached out to Stanton on Twitter, saying, “I am deeply sorry about what happened tonight. I can’t imagine what you and your family are going through…my thoughts and prayers are with you at this time. I feel horrible and hope for a speedy recovery.”  Fiers post began a chain of twitter post from fans, teammates, and coaches all around the MLB posting their condolences and best regards to Stanton and his family. The next day Stanton showed his appreciation through his own Twitter post and via an Instagram post where he shared a before and after picture, informing his fans that he was okay and will not be undergoing surgery. Many fans were relieved to hear this, yet devastated to know that he will not be having any more playing time this year.

As the game against the Brewers continued that fateful night, so too did the rage from the Marlins bench and coaching staff as First-base Umpire D.J. Reyburn ruled that Stanton swung, so pinch-hitter Reed Johnson came up to complete the at-bat with an 0-2 count. Fiers’ first pitch to Johnson hit him on the right hand as he was swinging, resulting in an inning-ending strikeout of Stanton. This caused Marlins manager Redmond to go ballistic and cause a riot with the umpires, as he was angered at the fact that both of the pitches that hit his players were called a strike. First, Stanton’s hit was called a strike despite the fact that he was lying and bleeding over home plate and later Johnson’s hit, which seemed to be the same pitch thrown to Stanton, hit Johnson on the wrist.

Redmond and Machee were both ejected from the game and neither have shown regret for their actions. They state that its difficult to agree with such calls after they know one of their players is in the hospital at the moment and now another is being injured. This also upset many players as they were under the impression that Brewers pitcher Mike Fiers was doing this on purpose, which caused both teams to run onto the field in a huge eruption of a discussion. This can most likely be the explanation for what happened toward the bottom of the fifth inning when Marlins pitcher hit Brewers center fielder in the arm in what seemed to be intentional and was immediately ejected from the game. Meanwhile, sources state that Mike Fiers suffered through an emotional night in the Brewers clubhouse.